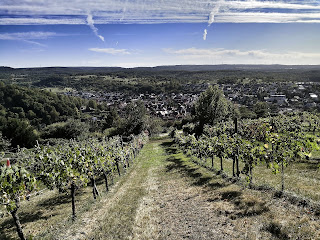 Following your journey from time to time and curious about a blogpost mentioning Baden-Wuerrtemberg I am looking at the first picture and thought to myself: "This looks familiar"... And even before reading the text I recognized my home village where I grew up for 20 years (Keltern-Dietlingen).
Happy Hiking and all the best. You are truly inspirational.

Finished reading your first book in San Diego yesterday, went for a little hike today of just 27km, o man I am so exausted!!!! How do you do this kind of stuff right out of your office chair??? 😂👍👍