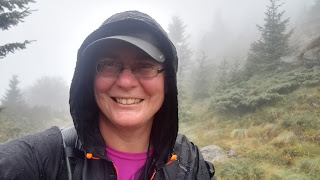 When I started my ascent up from Berkovitsa to Kom Mountain it was raining already - and the rain would not stop for the next days ... Luckily the ascent was easy but due to fog I could not even see Kom Mountain which marks the start of the Kom-Emine-Trail. Weather was so bad that I was heading to accommodation at Petrohan Pass. Before I reached the mountain hut there I passed a sort of hotel.The hotel owners did not speak a single word of English - and to make things worse - had no clue about google translate. It took ages to find out the price for accommodation and food. There was on heating, but at least hot water for the shower. I ended up eating tripe soup because I did not understand what it was .... 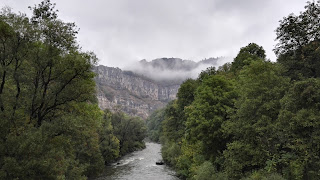 When I woke up next morning the forecast had deteriorated: More rain and temperatures around freezing. Realizing that I would be miserable camping out that night I desperately looked for accommodation at this day's destination. I found something on google maps that looked like a hotel and with the help of some other English speaking guests I made a reservation. Relieved I set off hiking - and did not stop the entire day! It was constantly raining and I had to keep moving until I reached Iskar River and the village of Gara Lakatnik where I was the only guest in a wonderfully warm guesthouse. The landlady was gone but her teenage daughter looked after. She even managed to cook up some dinner - and organised next day's accommodation for me. After resupplying in the village store I set out again next morning - in the rain again. 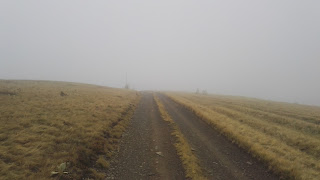 The third day in a row was plain miserable. Fog was so thick that I could barely see 50 metres. Without GPS I would have been completely lost! Even the snow markers for winter hiking were 100 metres apart and no help. I was headed Leskova hut - the old school house of an otherwise deserted village. Last night's phone call had found out, that there was no hut keeper but the building was supposed to be open. I barely made it there before sunset and was so relieved to find the door unlocked. 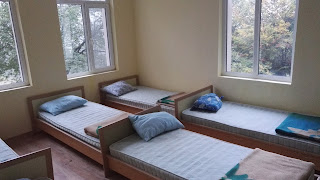 14 beds were in each room and a wood stove but I was too tired and lazy to turn it on. No electricity though. After a quick dinner I immediately dozed off - still shaking with cold. I was woken up at 11 pm when suddenly car lights illuminated the windows. I was scared to have some late night visitors because the village was completely deserted. There was no lock at the door which I had just blocked with my trekking poles. But despite hearing voices no one tried to come in. After ten minutes of vivid discussion outside I heard car doors slam and the visitors disappeared. 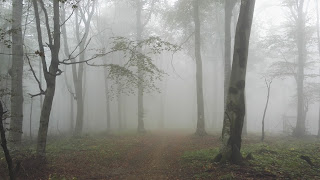 I felt plain miserable next morning - and the weather had still not improved. Luckily I was supposed to go into town anyways and I decided to allow me a zero day to wait out the weather. Therefore I diverged from the Kom-Emine-Trail and walked directly into Botevgrad where I had booked myself into a business hotel with a wonderful restaurant. Unfortunately, one zero day turned into two because I suddenly got diarrhea. I felt very bad staying in town because according to the forecast I had only a very small time window to make it through the next alpine stage. But it could not be helped - I was sick!