Germany to Italy: Aspromonte National Park and the end 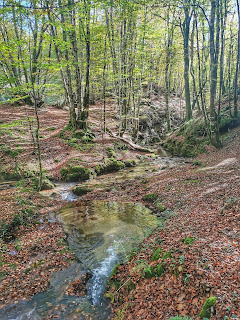 When I had planned this trip I had imagined Southern Italy would be a dry and barren place and I was really worried about finding enough water. This turned out to be totally wrong! The last of many National Parks along this route looked like the Black Forest, there was water everywhere (unfortunately also in form of rain) and it was foggy most of the time. On my last day I even came through a ski resort!!! It was also much colder than expected. As much as I liked my hike through Italy it was time to go home now. Only 10 hours of delight in combination with the low temperatures made that very clear.

The last 100 km were a race against time. Calabria was about the only Italian region not in look down. I had already skipped my plan to continue hiking through Sicily - I now wanted to finish in Reggion Calabria at the coast, enjoy one last rest day at the beach and then go home. It was the closest timing of any hike I have ever done. 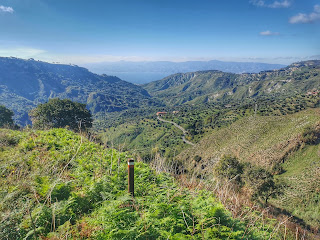 On my last full hiking day I was descending from the mountains and the fog. It was the day after the US election and I checked my smartphone several times to find out the result. I could already see the Aetna and the coast of Sicily when I read a frightening notice: Calabria was to go into hard lockdown the next day! In disbelief I called a German follower who lives in Calabria: Yes, she had heard it, too - but this is Italy! Nothing is decided yet, just hike on, was her advice. It was a fantastic last day with incredible views of the coast. When I finally reached Reggio Calabria the sun was already setting and I headed straight to my pre booked hotel. Tomorrow was my rest day and I could take the official finish photo then. 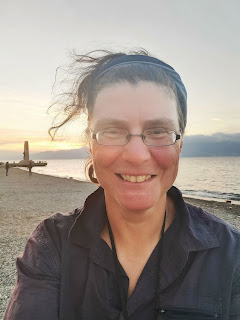 This is when this follower sent me an SMS: The government is making it official - tomorrow Calabria is in lockdown. All my plans of relaxing at the beach went down the drain. I barely made it to the beach where I took some last selfies as finish photos before heading to my hotel. The owner was all upset because no one know the exact look down regulations. I was prepared to leave that very night after a shower. The owner spoke great English and was incredibly helpful: She called the police and the train station to inquire about the situation. Yes, trains were still running on regular schedule tomorrow and tourists were allowed to leave. But no celebration menu for me: All the restaurants were closed. I could not even find a laundromat to wash my clothes ...

I had to take three different trains to get from Reggio Calabria to Berlin and it took me 34 hours. Every single train was delayed, but I was incredibly happy when I crossed the border into Germany. I was already sitting in the Berlin metro when another follower sent me a message: "Hope you are back in Germany already. From tomorrow on Calabria is considered a high risk area and you must go into 10 day quarantine." But luckily I had arrived before and did not have to quarantine ... My relief and thankfulness to have finished my hike AND made it back in time was overwhelming!